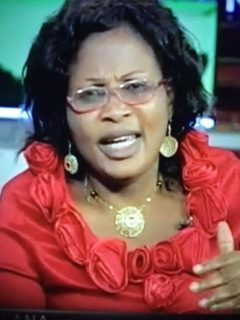 ber states to proclaim March 8 as a UN day for women’s rights and international peace with the aim of assisting nations globally to eliminate inequality and discrimination against women. Since then, member states including Nigeria, have continued to celebrate this event annually. Thirty five years after this declaration it is desirable to appraise how well Nigeria has done in this area of bridging the gender gap!

There is no doubt that little has been achieved in this area. Save for the judiciary where women are visibly represented there is no doubt that on the general note in this nation women still make a very small percentage of those serving on decision-making bodies at national and state levels.

Article 13 of the African Charter on Human and Peoples’ Rights, Article 7 of the Convention of Elimination of All Forms of Discrimination Against Women (CEDAW) and the Protocol to African Charter on the rights of women all provide that women shall have right to equal participation in public offices and hold same on equal terms with their male counterparts. Section 42 of the 1999 Constitution of Federal Republic of Nigeria and Articles 2 and 3 of the African Charter also provide that no person shall be discriminated against on the basis of sex.

Regrettably, under the present political dispensation, out of 42 Ministers only 11 are women. In the 36 States no State has up to 5 women in their State Executive Cabinets and out of the 36 Electoral Resident Commissioners nominated in 2011 only 3 are women! The struggle for gender equality is far from being won. Only a little progress has been made. Apart from the fact that women are not present in equal numbers in public offices, violence against women both in public and domestic settings have continued to increase. Cases of rape and spousal murder have become very rampant in our society. A visit to Kirikiri prison recently showed that about 70% of men are awaiting trial for the alleged murder of their spouses during violence in the home.

The United Nations Theme for this year International Women’s Day is “The Gender Agenda: Gaining Momentum.” The focus of this year’s celebration is on improving the citizenship and status of women globally through greater equality in legislative rights. The struggle for the domestication of the protocol on the African Charter on the right of women, which provide extensively for the rights of women, puts Nigeria on the right course in the celebration of this year’s event.

The 1999 Constitution of the Federal Republic of Nigeria (as amended) provides in section 42(1) that no person shall be discriminated against on the basis of community, ethnic group, place of origin, sex, religion or political opinion. As regards sex the provision is also in compliance with international conventions especially the Convention on the Elimination of All forms of Discrimination Against Women (CEDAW). Section 42(1) specifically protects the right of women against discrimination based on sex. So also Section 15 (2) of the same Constitution. The combined effect of the provisions of the two sections is that women are not in any way inferior to men.

On the contrary, there are provisions of our domestic laws, and even the Constitution itself, in some other sections, that negate the provision of sections 15(2) and 42(1). What is even worse is that most people are not aware of these provisions. It is therefore desirable to sensitise Nigerians to these offensive and discriminating provisions with a view to further educating Nigerians and also bringing to the notice of the National and State Assemblies the need to take practical steps and repeal such laws. Below are some of the provisions:

“1. Section 26 of the Constitution, 1999 as amended:
(1) Subject to the provision of section 28 of this Constitution, a person to whom the provisions of this section apply may be registered as a citizen of Nigeria, if the President is satisfied that-
a. he is a person of good character;
b. he has shown a clear intention of his desire to be
domiciled in Nigeria; and
c. he has taken Oath of Allegiance prescribed in the
Seventh Schedule to this Constitution.

(2) The provisions of this section shall apply to-

(a) any woman who is or has been married to a
citizen of Nigeria; or

(b) every person of full age and capacity born outside
Nigeria any of whose grand-parents is a citizen of Nigeria.

2. Section 353 of the Criminal Code Act which provides:

“Any person who unlawfully and indecently assaults any male person is guilty of a felony and is liable to imprisonment for three years.
The offender cannot be arrested without warrant.”

“any person who has unlawful carnal knowledge of a woman or girl, without her consent, or with her consent, if the consent is obtained by force or by means of threats or intimidation of any kind, or by fear of harm, or by means of false and fraudulent representation as to the nature of the act, or, in the case of a married woman, personating her husband, is guilty of an offence which is called rape.

“Any person who unlawfully and indecently assaults a woman or girl is guilty of a misdemeanour, and is liable to imprisonment for two years”.

It is a defence to a charge of either of the offences firstly defined in this section of this Code to prove that the accused person believed, on reasonable grounds, that the girl was of or above the age of sixteen years.

A prosecution for any of the offences defined in this section of this Code shall be begun within two months after the offence is committed.

A person cannot be convicted of any offences defined in this section of this Code upon the uncorroborated testimony of one witness.”

“A married woman shall continue to lay claim to her State of origin for the purpose of implementation of the federal Character formulae at the national level”.

“Subject to subsection (2) of this section, no woman shall be employed on underground work in any mine”.

“No employer shall be liable, in his capacity as an employer, to pay any medical expenses incurred by a woman during or on account of her pregnancy or confinement”.

(a) is absent from her work in pursuance of subsection (1) (a) or (b) of this section; or
(b) remains absent from her work for a longer period as a result of illness certified by a registered medical practitioner to arise out of her pregnancy or confinement and to render unfit for work then, until her absence has exceeded such a period (if any) as may be prescribed, no employer shall give her notice of dismissal during her absence or notice of dismissal expiration during her absence”

“Nothing is an offence which does not amount to the infliction of grievous hurt upon any person and which is done by a husband for the purpose of correcting his wife, such husband and wife being subject to any native law or custom in which such correction is recognized as lawful”

The devolution of the rights of an occupier upon death shall-

(a) in the case of a customary right of occupancy, unless non-customary law or any other customary law applies, be regulated by the customary law existing in the locality in which the land is situated;

“A woman police officer who is desirous of marrying must first apply in writing to the commissioner of police for the State Police command in which she is serving, requesting permission to marry and giving the name, address, and occupation of the person she intends to marry. Permission will be granted for the marriage if the intended husband is of good character and the woman police officer has served in the Force for a period of not less than three years”

“An unmarried woman police officer who becomes pregnant shall be discharged from the Force, and shall not be re-listed except with the approval of the Inspector-General.”

17. Section 8 of the Terms and Conditions of Service for
National Drug Law Enforcement Agency:

(a) All NARCO female officers shall be unmarried on enlistment and shall remain so for a period not less than two years.
(b) Such officers who wish to marry thereafter shall apply in writing to the Chairman/ Chief Executive, asking for permission to marry, stating details of the intended husband. Marital status of female officers shall not confer on them any privilege as regards postings and transfers.
(c) An unmarried female officer who becomes pregnant within the first two years of services shall be discharged from service of the agency. If however an unmarried female officer becomes pregnant after three years of service with the agency, authority may be granted for continuation of service on approval of the Chairman if she maintains satisfactory conduct and gives the details of the father of the expected child.

“Any woman servant, married or unmarried who is about to undertake a course of training of not more than six months duration shall be called upon to enter into an agreement to refund the whole or part of the cost in the event of her course being interrupted on ground of pregnancy”

The above are some of such discriminating provisions where rights are unequal. The essence of this paper is to bring these provisions to the attention of the public and in particular the legislature with the view to amending them. While we celebrate women’s day, Let us remember that women are not created in a lesser image of GOD. Let us advocate equal rights for men and women

Learn How You Can Help