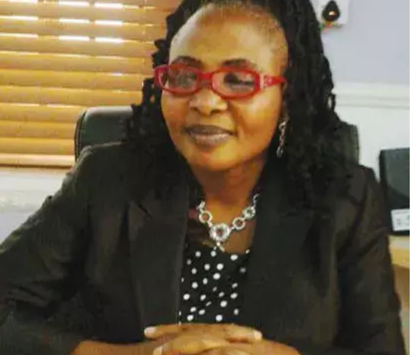 In this explosive interview with NAIJ.com’s David Oladele, she unraveled the issues behind the alarming rate of domestic violence in Lagos and Nigeria at large, and reveals the kind of person that her husband truly is.

Is there any NGO defending the right of men in the country?

Basically, Every society has standard rules of behavior which are aimed at ensuring peaceful co – existence of members and protecting the interest of those that are vulnerable due to physical or socio-economic weaknesses among others. These rules are stated and codified in documents for everyone to read and understand as ignorance is no excuse in law. This is what we have done with the domestic violence law, which is the law that prescribes and regulates the behavior of everyone in Lagos state and their domestic environments. This law is made not only to protect our women who are most times the target of domestic violence, but also to safeguard the interest of men,

children, servant, maids, everyone who may be a victim of domestic violence.

Lagos state government law on domestic violence, which is aimed at protecting both husband and wive and acts of abuses in the home regardless of sex, age or marital status. It’s not only a woman that can apply under this law. A man, a child, or a domestic worker

can also apply. the law is not to dissolve a marriage. It’s not a law of divorce. Also, the law provides for financial assistance by the through the office of the public defender and legal aid council to victims of domestic violence who may be financially handicapped to seek redress in court under this law, therefore lack of money cannot hinder an aggrieved person from seeking redress in court under the law. See section 13(2) of the law.

What is the rate of domestic violence of the wives beating their husbands in the country?

Take for instance, in the United States, 35.6% of women and 28.5% of men. In some countries, wife-beating is often seen as justified, particularly in cases of actual or suspected infidelity on the part of the woman, and may be supported by laws. Also the rate of at which a wife battering her husband or violence against men is 0% in Nigeria. Perhaps most of the violence against men is unreported because of social norms and pressure against such reports; It’s said that those that do often face social stigma regarding their perceived lack of machismo and other

denigrations of their masculinity. Meanwhile, it’s usual that a wife or female partner is more commonly the victim of such violence in the world.

To what extent have religious and cultural beliefs affected this kind of domestic violence?

Both the Christianity and the Islamic religious have gone a long way affecting the domestic violence. They talk about mutual submission. In many ways has the bible explained a wife’s submissiveness to her husband, while also talked about a husband’s self-sacrificial love for his wife. Even though the Jihad that is often translated as “Holy War”, does not misconstrue that it’s the right of a wife beating her husband. And like I said earlier that Lagos state government enacted law on domestic violence is aimed at protecting both husband and wive and acts of abuses in the home regardless of sex, age or marital status.

It’s not only a woman that can apply under this law. A man, a child, or a domestic worker can also apply. the law is not to dissolve a marriage.

How many cases of domestic violence do you receive in a week and how many have you been able to conclude or settle?

Really domestic violence is striving. It’s because of infidelity and atrocity committed by either the wife or husband. Both partners may also engage in abusive or violent behavior, or the victim may act in self defense or retaliation. Whereas women who experience domestic violence, at least in the in the country are often openly encouraged

to report it to the authorities. Any court within the state designated as family court has jurisdiction to adjudicate in the case of domestic violence.

the perpetrator as the respondent.

How functional is the prohibitive law in deterring or curbing domestic violence in the country?

The law prohibits publication of identities and information about parties to domestic violence can be heard in private which helps to make it easier for both parties to bear their mind, as there is a Yoruba adage that says, “Eyan meji ki ti ile ejo bo ko se ore.” (meaning: two friends don’t continue with their friendship after facing each other in the court). Where a party disobeys the order made by a court, the court shall impose a fine of N100, 000.00 or an imprisonment of not more than five years or both. Where the court proceedings are published or the names

of the parties are published against the provision of section 11 (2) of the law, such a publisher shall be guilty of an offence and liable to pay a fine of N20,000.00 or one year improvement of both section 15 (b).

As an expert in this area, what is your adduce in stopping the trend in Nigeria?

My advice for the Nigerian couples to report any prospective domestic violence before it backfires. S18 (f) lists the categories of people who can apply under this law. For any one to bring an action under this law, there must have existed or be in existence “a domestic relation.” Therefore, the victim and the perpetrator must be in one of the following listed relationships: Be married, which includes but not limited to marriage under the law, native law and custom.

Femi Falana is also a no-nonsense man at home.

Now, everyone knows your husband, a Senior Advocate of Nigeria (SAN) as a brave man who does not tolerate nonsense in the society. Is that how he does at home also?

Learn How You Can Help